Good food is a global matter.

The food system is global in nature. Calves raised in Mexico are often slaughtered in the U.S. before parts of their body are then sold back across the U.S.-Mexico border. Soy grown in Brazil becomes feed on Chinese hog farms. Supply chains zigzagging across borders and oceans are the norm. And in a globalized food economy, demand for meat is increasing worldwide.

Animal agriculture is a major contributor to climate change, so increasing demand is grim news for those of us living on a planet with limited resources. It’s especially grim coming on the heels of the UN Intergovernmental Panel on Climate Change’s recent report that we only have about 12 years to get our act together: climate change is happening faster than we realized and the effects will be more catastrophic than we realized.

Plant-based and clean meat are critical tools for meeting this increasing demand while mitigating climate change and addressing food security, food safety, antibiotic resistance, deforestation, malnutrition, and animal welfare. These are all global challenges, so GFI is advancing global solutions.

The work to drive plant-based and clean meat innovation must meet needs where they are acute and take advantage of opportunities where they are ripe. These two pillars informed GFI’s decision to expand beyond the U.S. and concentrate our preliminary international work with managing directors in India, Brazil, Israel, and Asia Pacific as well as fellows in the UK, Japan, Germany, and Singapore.

Over the past year, GFI’s international team has been exploring the food innovation ecosystem in these critical markets and laying the groundwork for accelerated plant-based and clean meat development. By taking a global approach we can:

Our international team has been working to situate the potential for these solutions within the cultural, technological, political, and agricultural context of their home country: How do plant-based and clean meat fit in with our cuisine? What investor or government interest exists? What technological infrastructure is already in place? What immediate needs do plant-based and clean meat address?

The elegance of plant-based and clean meat is that they offer solutions for a variety of challenges unique to different parts of the world. In countries where food safety is a concern, eliminating the fecal contamination is a huge win. Plants don’t poo.

In places where malnutrition is rampant, plant-based and clean meat offer ways to deliver protein-dense foods with far fewer resources. GFI Managing Director of India Varun Deshpande identifies this as a major advantage, “India can be a model for improving nutritional status in a massive population efficiently and humanely through plant-based and clean meat innovation.”

In the face of water scarcity and deforestation, alternatives to animal agriculture can feed more people with less water and less land. And as we all stare down the accelerating reality of antibiotic resistance (a more certain threat than climate change, according to leading economists), curbing the widespread use of antibiotics in conventional animal agriculture by eating plant-based and clean meat instead is low-key non-negotiable.

2. Okay, so what about those consequential markets?

It turns out meat consumption is contagious. As mentioned earlier, demand is rising worldwide, and the intensification of animal agriculture comes with the intensification of climate, food security, animal welfare, and public health concerns (by now, dear reader, you know the drill). China, India, and Brazil represent three of the most significant regions because they have a tremendous impact in the global food matrix.

India has a veg-forward reputation, but according to a United Nations report, India is projected to be one of the largest growth areas for poultry, beef, and eggs in the coming years. A little change per capita translates to a lot of impact, since India is the second largest country by population in the world, trailing behind China.

Which brings us to China. China is big but how big? GFI Managing Director of Asia Pacific Elaine Siu puts it in context this way: “The population of China is equivalent to the population of North America, South America, Australia, New Zealand, and all of Western Europe—combined.” China’s meat consumption is also on the rise, projected to account for 26 percent of global demand by 2026.

Meanwhile, Brazil is the world’s second-largest beef and poultry producer and fourth-largest pork producer. (For continuity of context, Brazil constitutes the fifth-largest country by population, just below the U.S. in third.) To address the rainforest in the room, Brazil is home to the Amazon, which is rapidly being decimated to create more land for grazing cattle and growing feed crops for animal agriculture.

Ensuring that plant-based and clean meat get a foothold in these pivotal areas is vital. GFI’s work in U.S. markets is just one piece of a global (soon-to-be-plant-based-and-or-clean) pie. There is both great urgency and incredible potential in making sure plant-based and clean meat penetrate Brazilian, Indian, and Chinese markets. As Elaine puts it, “When a trend gains momentum in China, it is not a wave but a tsunami. The change in behavior is astonishingly rapid and widespread.” Innovation in these markets will be felt around the world.

3. Local wins should have global impact.

By building an international network for plant-based and clean meat innovation, we can not only capitalize on the most promising opportunities, but we can ensure that progress is amplified on a global scale.

Israel, for instance, has been a world leader in agricultural technology and has robust infrastructure in stem-cell research, tissue engineering, microbiology, and nanotechnology. Known as the “Startup Nation,” Israel is among the most conducive environments for entrepreneurs to pursue plant-based and clean meat development. Of the roughly two dozen and change clean meat startups worldwide, four have emerged from Israel’s foodtech ecosystem.

According to GFI Managing Director of Israel Or Benjamin, “Reducing meat consumption is a growing trend. Having embraced a more or completely plant-based diet, many entrepreneurs, researchers, and other ecosystem players are deeply motivated to bring about a more humane and sustainable food system.” Fostering the plant-based and clean meat development where it is already gaining traction is one of the most straightforward ways to produce technologies that will be of worldwide utility.

And there are many other opportunities worldwide to nurture. Varun points to the promise of India’s indigenous crops, like millet, to diversify global inputs for plant-based products. This has the added benefit of “[creating] lucrative markets for farmers and [strengthening] value chains into which the government is already pouring significant investment.”

Meanwhile, GFI-Brazil’s recent consumer research demonstrates that Brazil has an unmet appetite for plant-based foods. (Germany, are you listening?) Thirty percent of respondents reported moving towards reducing of animal products in their diet—this equates to a potential market of 60 million people for the producer who can meet that largely untapped demand. GFI Managing Director of Brazil Gustavo Guadagnini sees more investor interest in plant-based products than there are startups ready to receive funding!

On the other side of the world, Singapore is making strides towards plant-friend protein. Singapore places a high value on domestic food security and innovation. With a remarkable 40 plant-based restaurants in this tiny country as well as clean seafood company Shiok Meats working to bring fish-free seafood to market, Singapore could become a global model for food innovation.

Every market presents some comparative advantage. In taking a global stance and accelerating the dissemination of tools, resources, products, and models of success across borders, we can harness the compounding power of these advantages to usher in the next agricultural revolution.

Exactly how and why plant-based and clean meat catch on in different countries will necessarily vary across cultures. (The burgers and meatballs making headlines in the west will probably not be the darlings of Indian menus, for instance.) However, the technological, agricultural, and even regulatory wins in one area can and should help move the needle worldwide.

The food system in 2018 is a globalized affair, so building a better, sustainable food system is a global task. Just as climate change, threats to food security and public health, and violations of animal welfare are not constrained by national borders, the solutions to these harms must be a worldwide movement. That’s why we’re taking good food global. 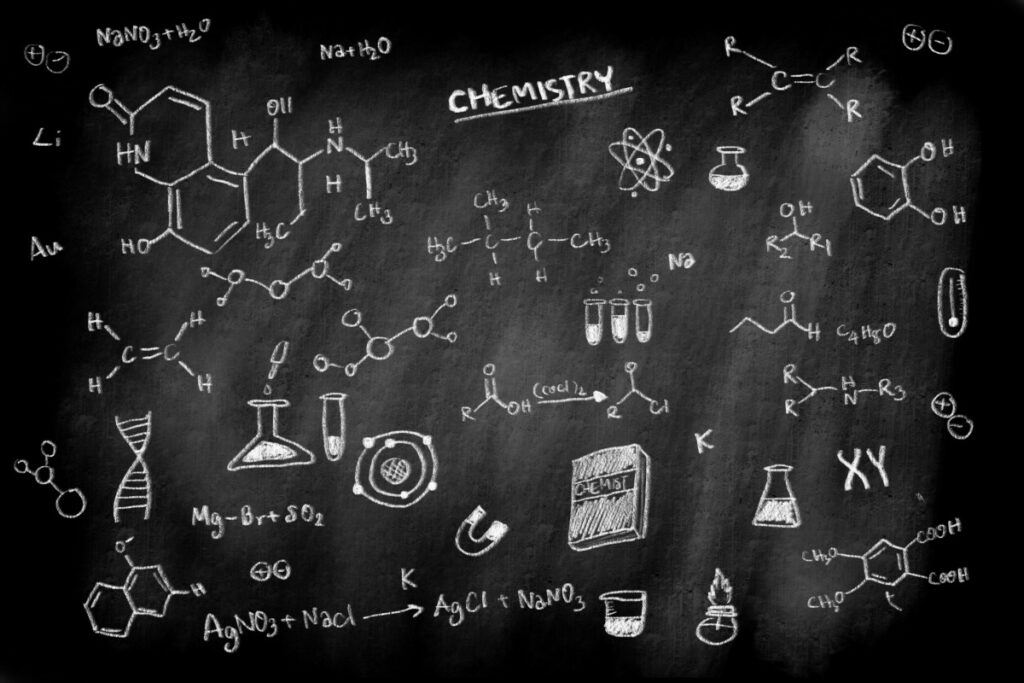 3 Key Takeaways on India from the Good Food Conference

Global Innovators Can Make All the Difference in Emerging Markets 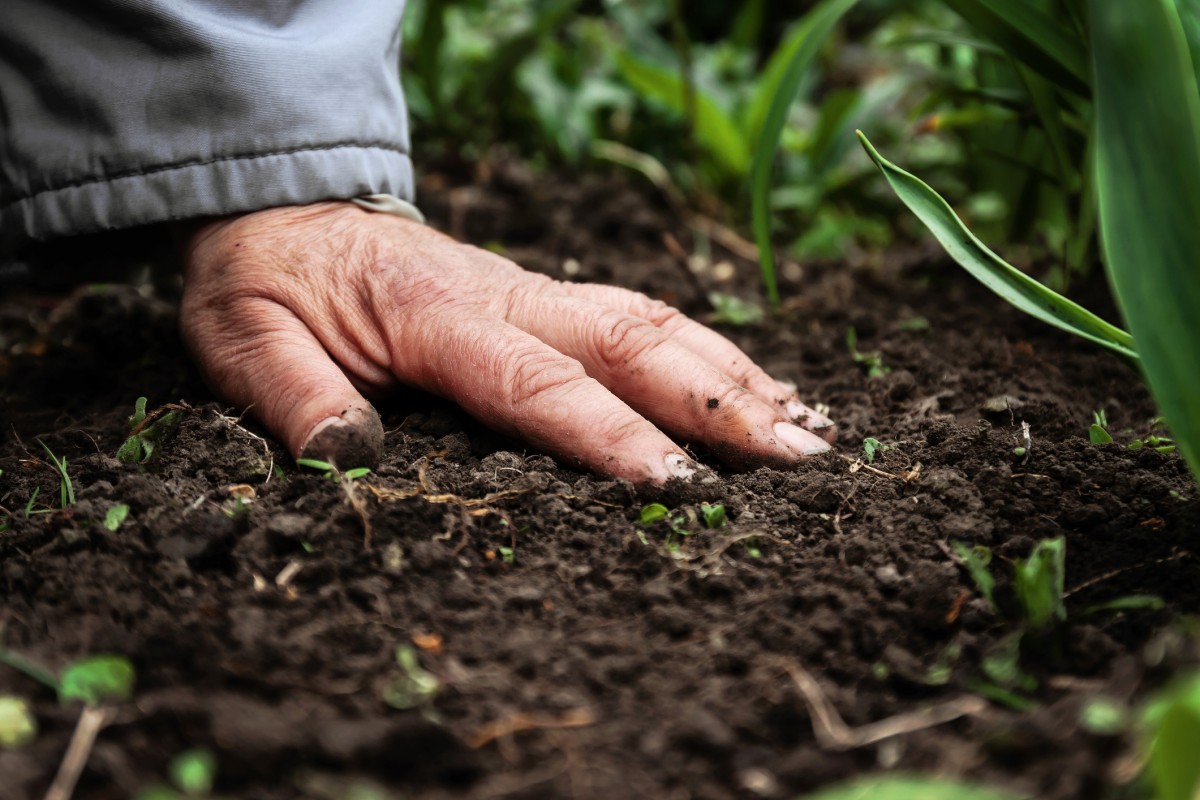 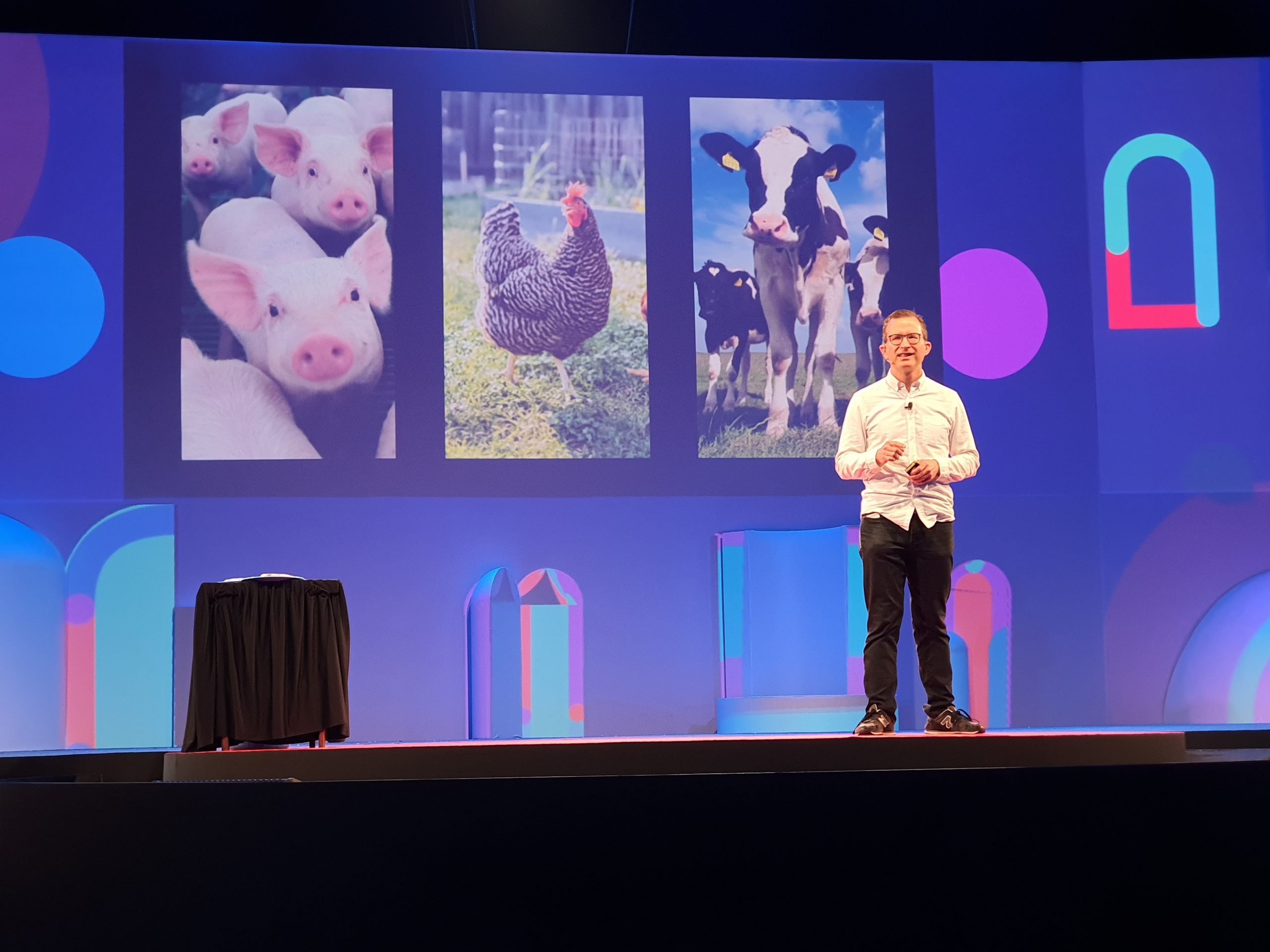 The Upshot Of My India Trip 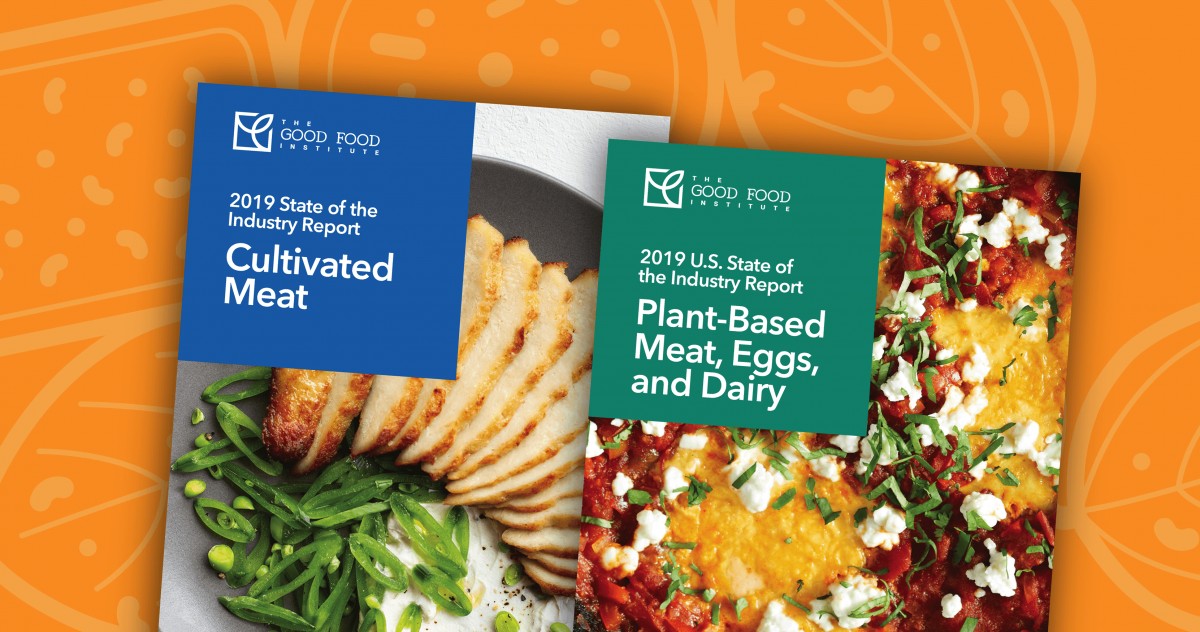 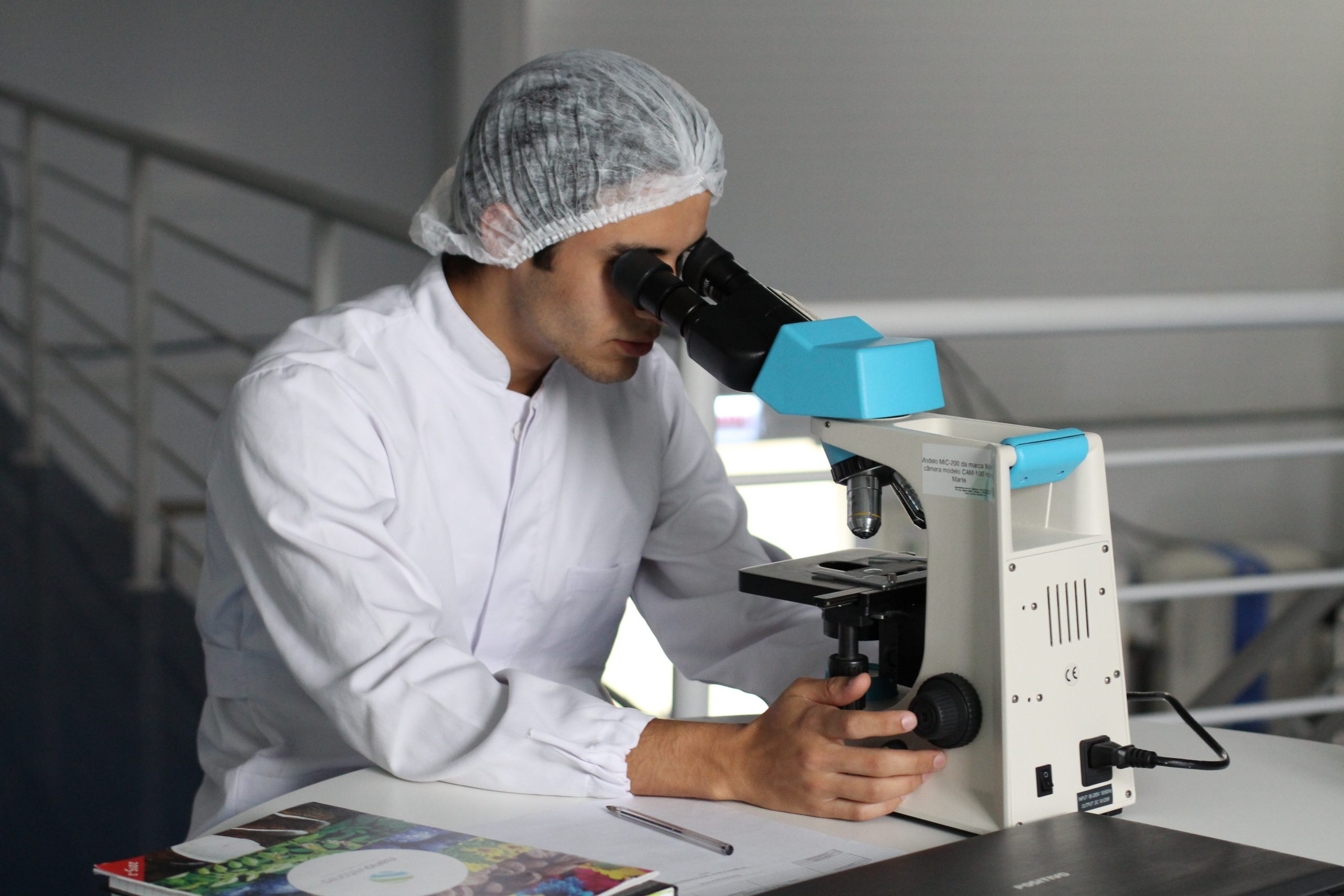 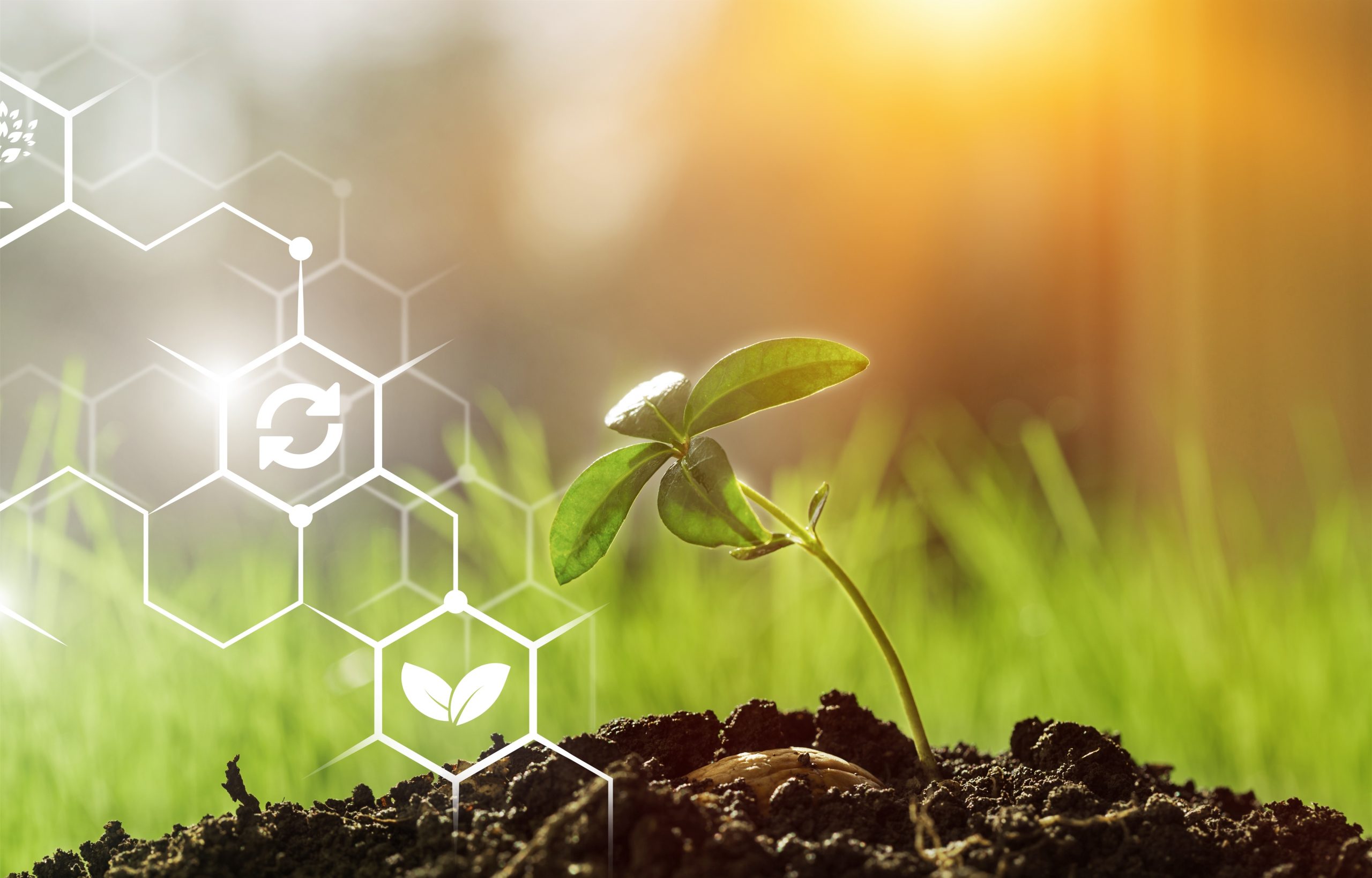 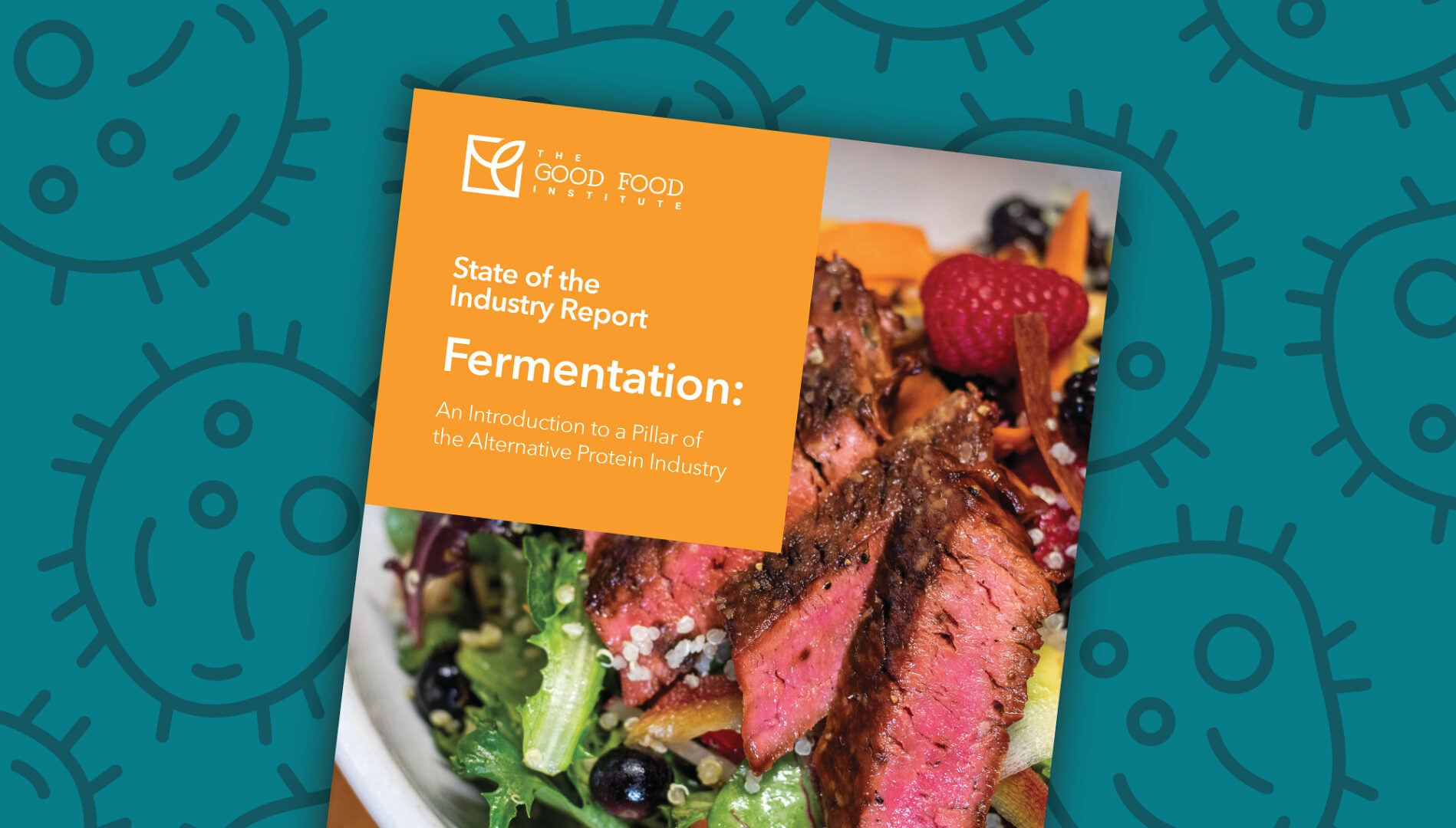 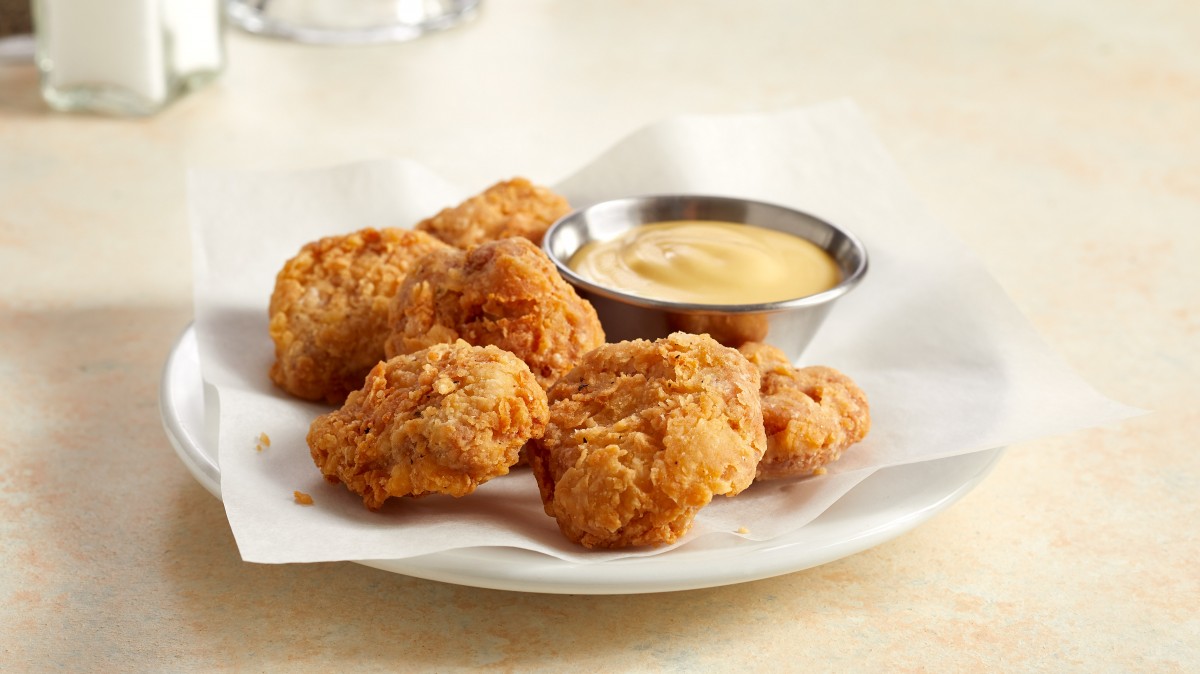 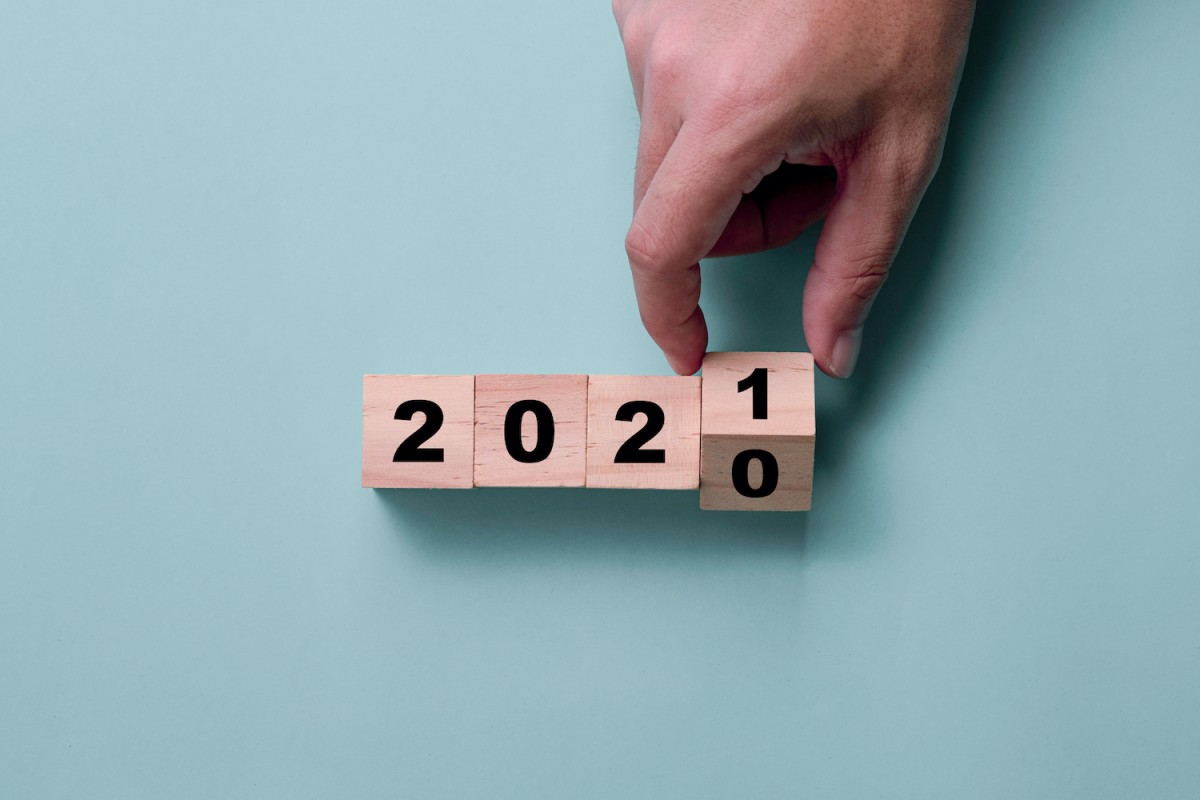 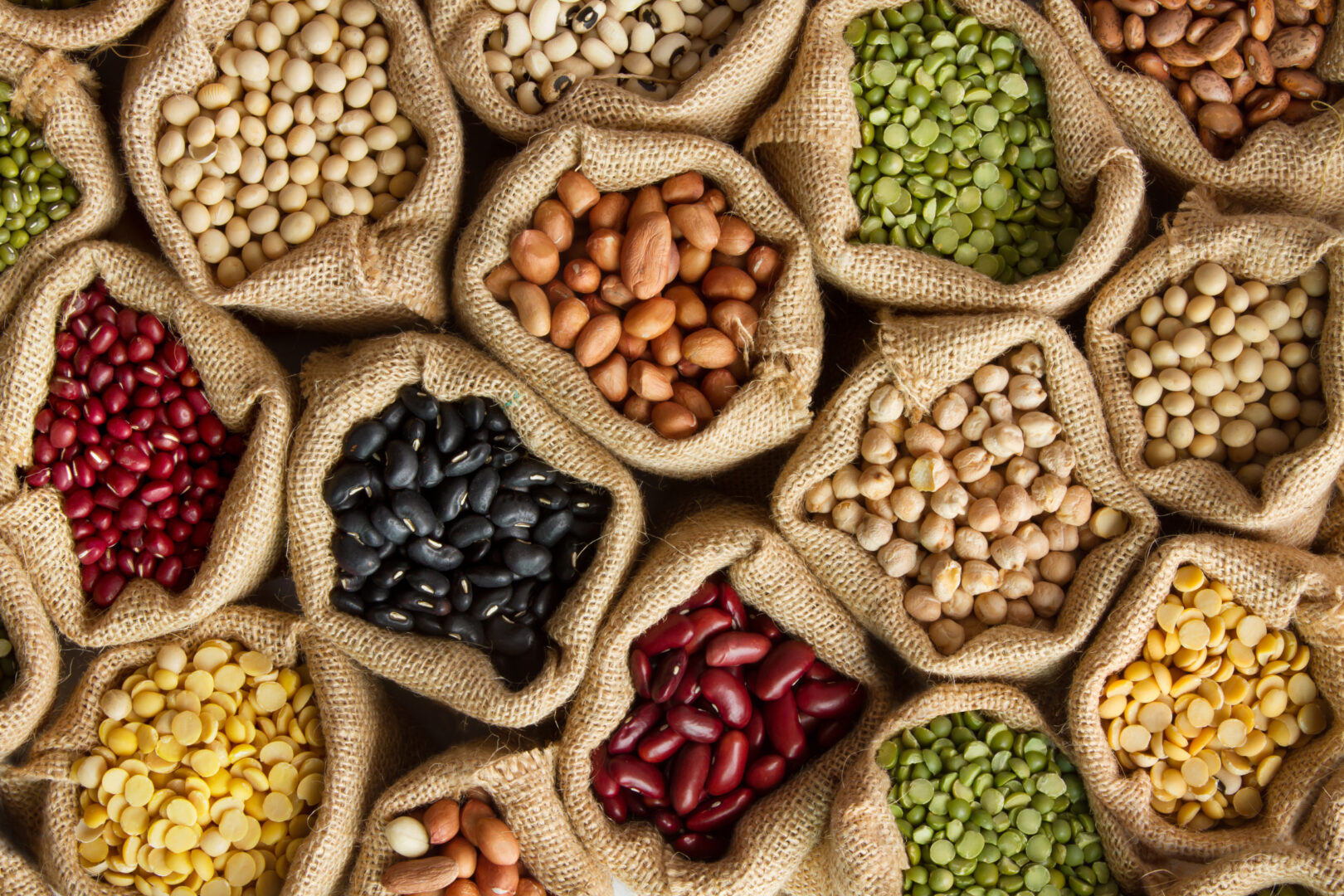 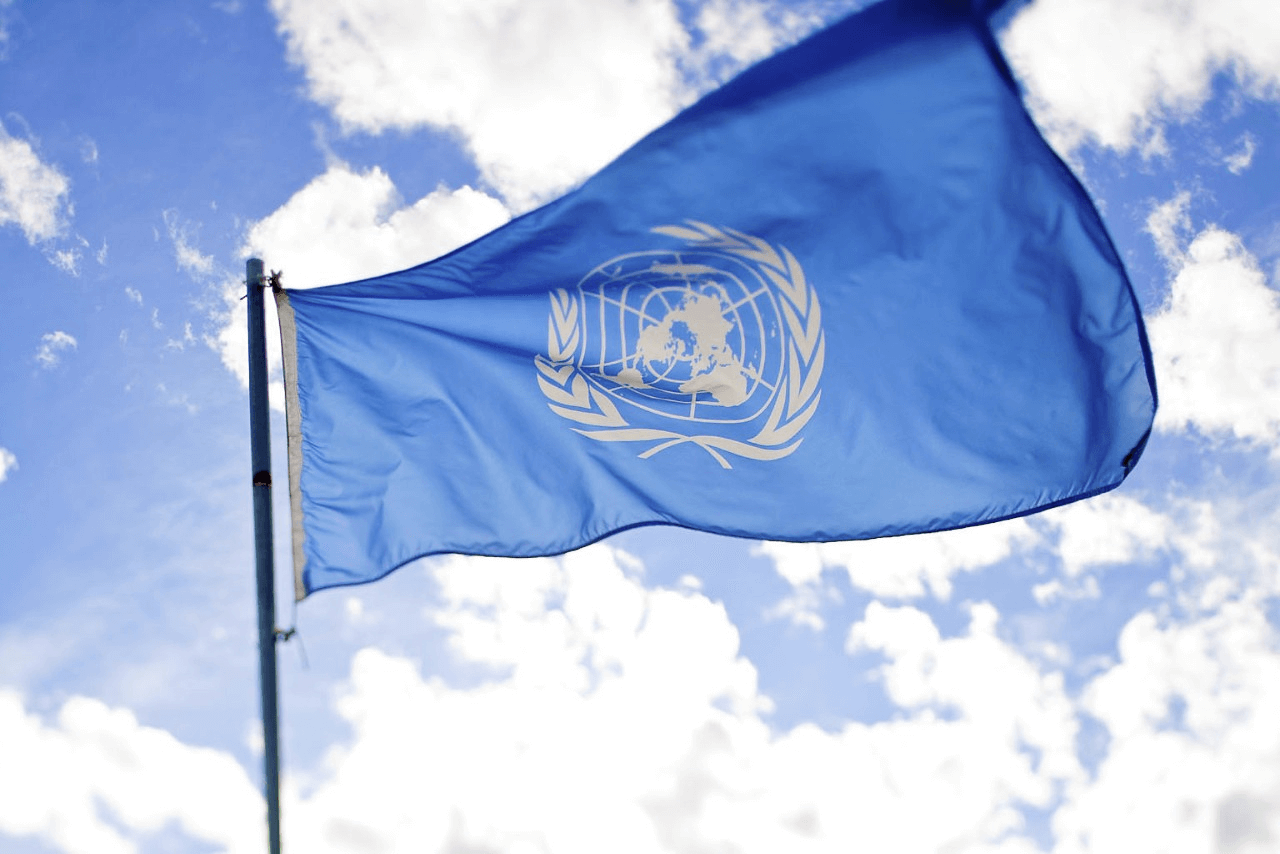 Have a business idea?